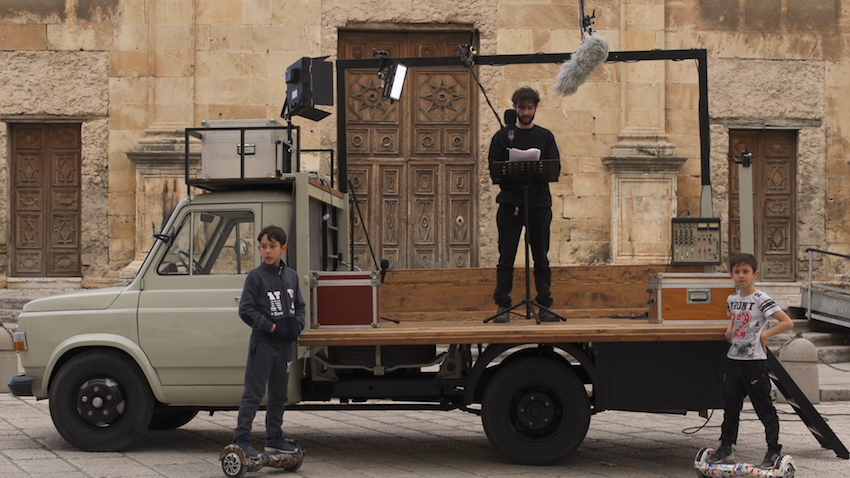 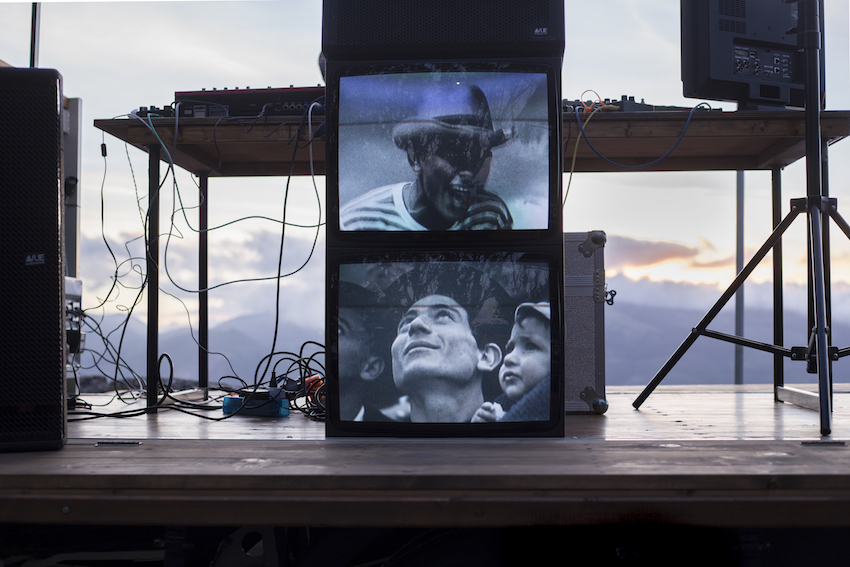 In Sicily, the artist duo Masbedo has rebuilt an old lorry into a rolling film studio in order to explore the island's history on the silver screen.

'Welcome Palermo' it says on a mural painting on the way into the Sicilian capital, as if the city was welcoming itself. Here, the Italian artist duo Masbedo has transformed a lorry from the 1970s to a Videomobile: a rolling film studio and an open stage, from where they invite the city's inhabitants to take part in a collective exploration of the island's special film history and of how it has shaped the cultural image of Sicily and Palermo. From obscure experimental films to the grandiose legacy of Luchino Visconti and Vittorio De Seta, and to the often anonymous craftsmen who worked behind the scenes. 'Welcome Palermo' is a continuation of the Videomobile project and the installation that Masbedo developed for Manifesta 12 in Palermo. A project that in its various forms continues to be a platform for research, performances and new interactions between the artists and the public.