We Are Here Now 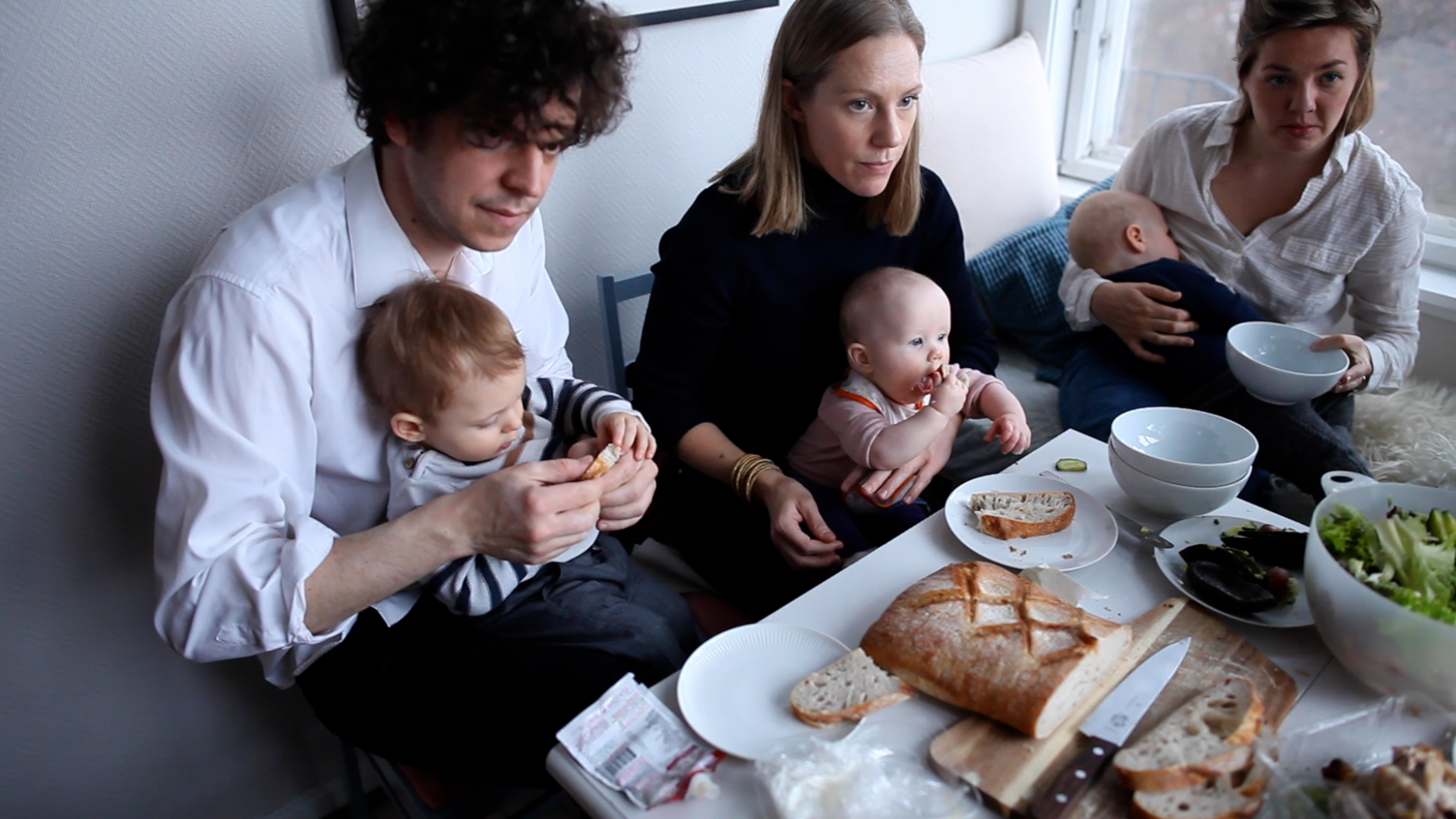 A highly Scandinavian and slightly surreal satire of life as new parents on parental leave in the Nordic countries. A mischievous hybrid, which dances to its own tune.

Mariken Halle's film about a year in a Norwegian maternity group mostly looks like something it isn't – namely a documentary. But reality itself is recognisable to everyone who is at home in the united welfare states of Scandinavia. And from Halle's sharp, satirical and slightly surreal perspective (all the children in the film are named after tropical storms!), life among the parents from the creative middle class on parental leave is a rewarding topic for a witty and cheerful analysis of how we are living, here and now – privileged, enlightened and modern as we are. There is talk about the climate, school politics and a peculiar thousand-year project, which actually exists. The cast members improvise based on their own lives and based on the fictitious setting that Halle has defined. 'We are Here Now' is a loving and critical commentary of today's age, based on thorough social research – but it is also a mischievous hybrid film, which dances to its very own tune. Filmed and edited by Halle herself, who has a formidable grasp of her unique style.