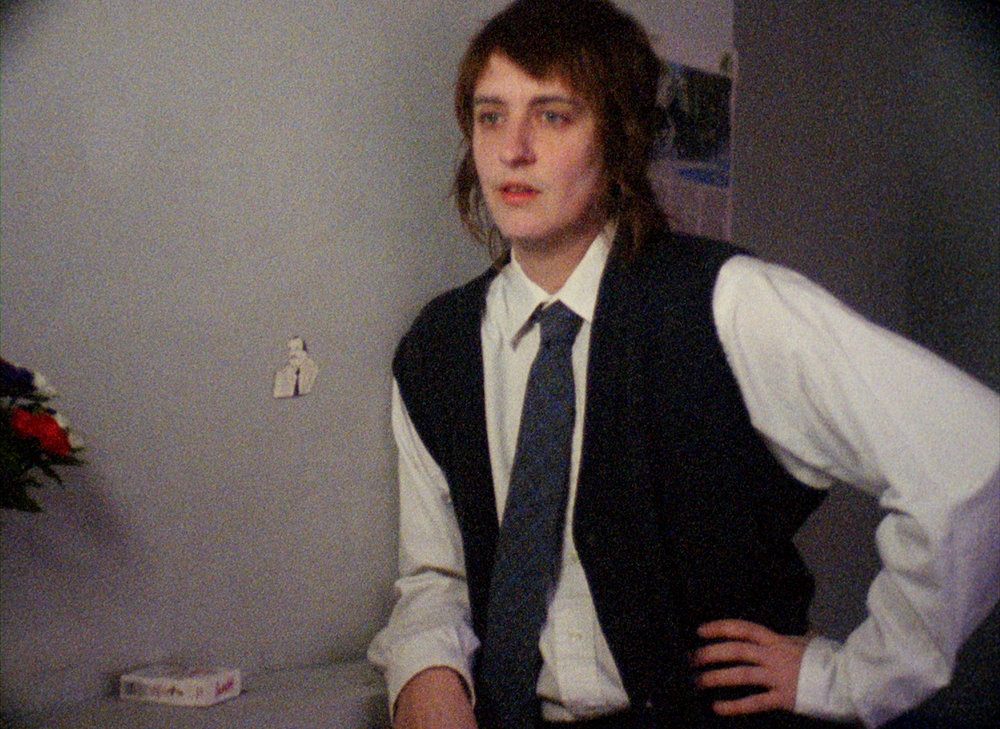 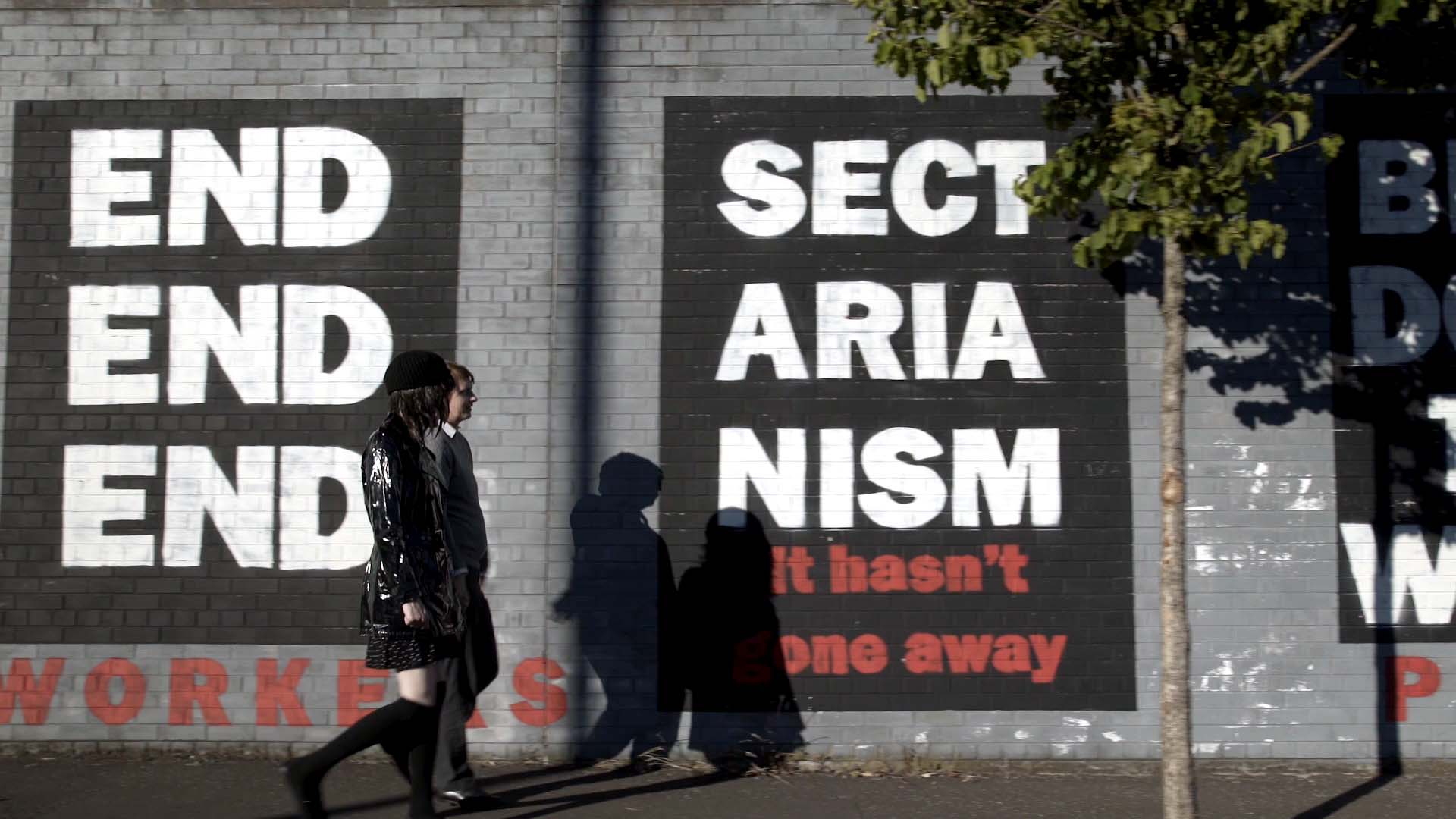 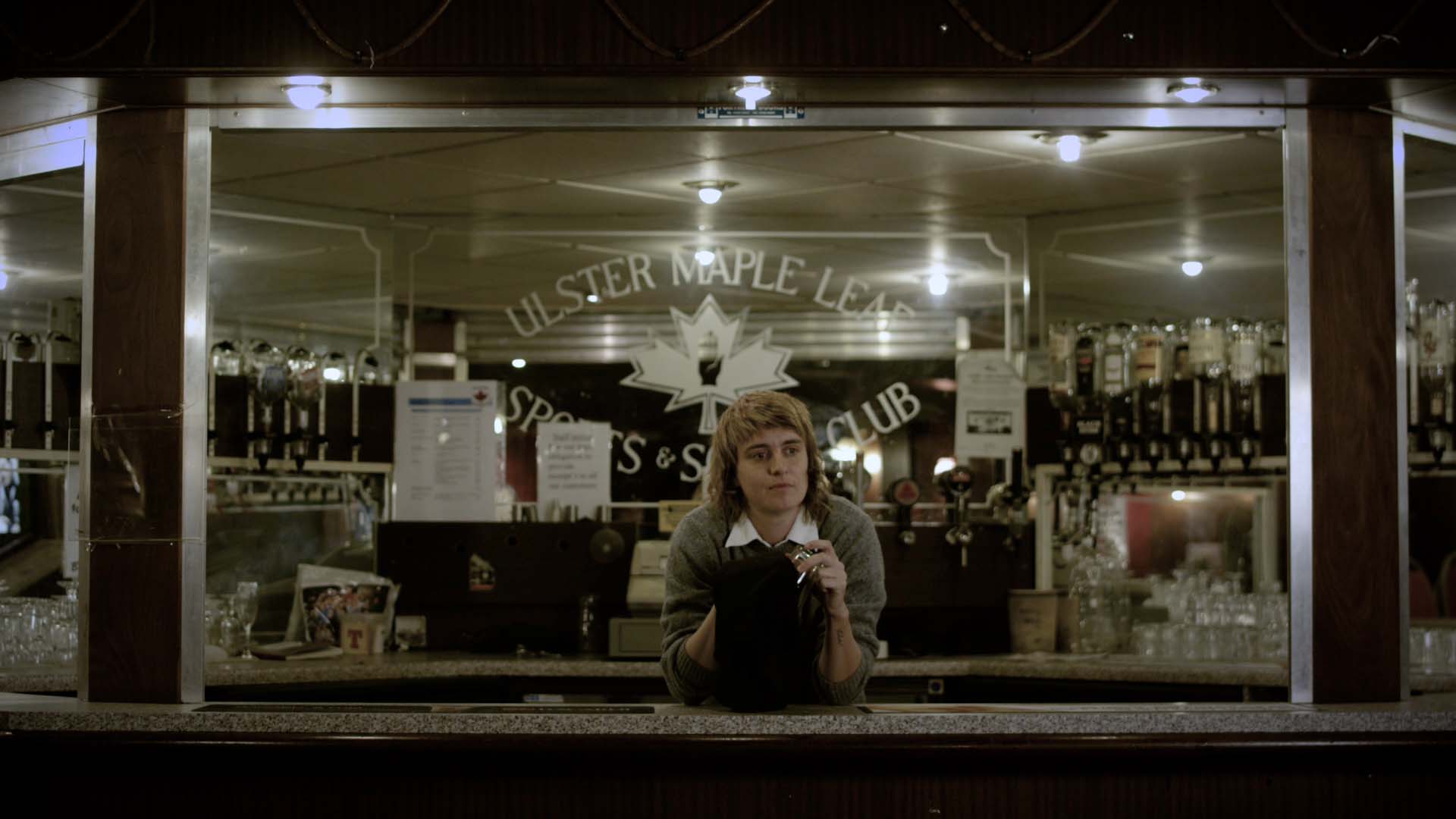 A northern Irish Romeo & Juliet story from the troubled 1970s, reconstructed with a female artist playing the role of her own father.

As her Irish father doesn't want to take part in her films, the artist Mariah Garnett must appear in his place. She cuts her hair, dresses like a man and lip synchs her interviews with him in the places in Belfast where she reconstructs scenes from their shared life, in order to understand him – and herself. Her father was a ragged young Protestant with messy hair and a cotton coat in the troubled 70s, when the conflict with the Catholics was still bitter and bloody. Like a Northern Irish Romeo with his Catholic girlfriend Maura as his Julie, her father was involved in the old conflict in more ways than one, and this has completely unpredictable consequences in an equally unpredictable film, which blends archive footage from a proud and wrecked Belfast with androgynous re-enactments. 'Trouble' is a film with three main characters: the teenager, who tries to find his identity in the Northern Irish civil rights movement. The young woman who tries to understand her father. And last, but not least, Belfast itself in all its poverty and rich history.