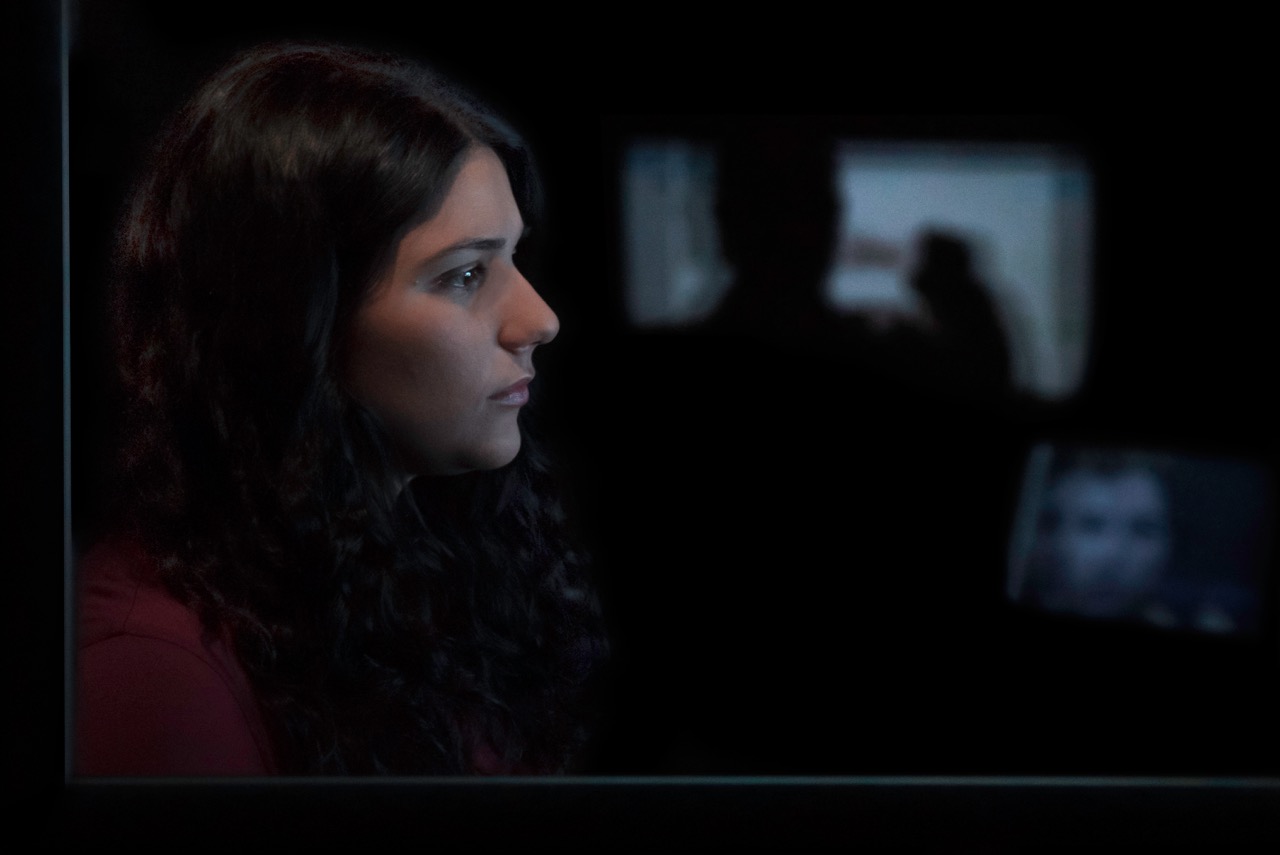 How does an image gain its significance? And what are the political consequences of the eyes that see? An analytical experiment, which takes a new look at the Israel-Palestine conflict.

Propaganda or hard facts? To examine how different eyes look differently at images of political conflicts, award-winning director Ra'anan Alexandrowicz ('The Law in These Parts', 2011) invites a pro-Israeli woman in her 20s to watch footage of Israeli soldiers (apparently) attacking children and civilians. We are at a university in the United States, she is sitting in a video booth, and he is directing the show from a room next door. The sharp and eloquent Maia looks right through what she perceives as left-wing propaganda – and eventually we start having our own doubts. An intelligent and surprising (meta) film about psychology in action.