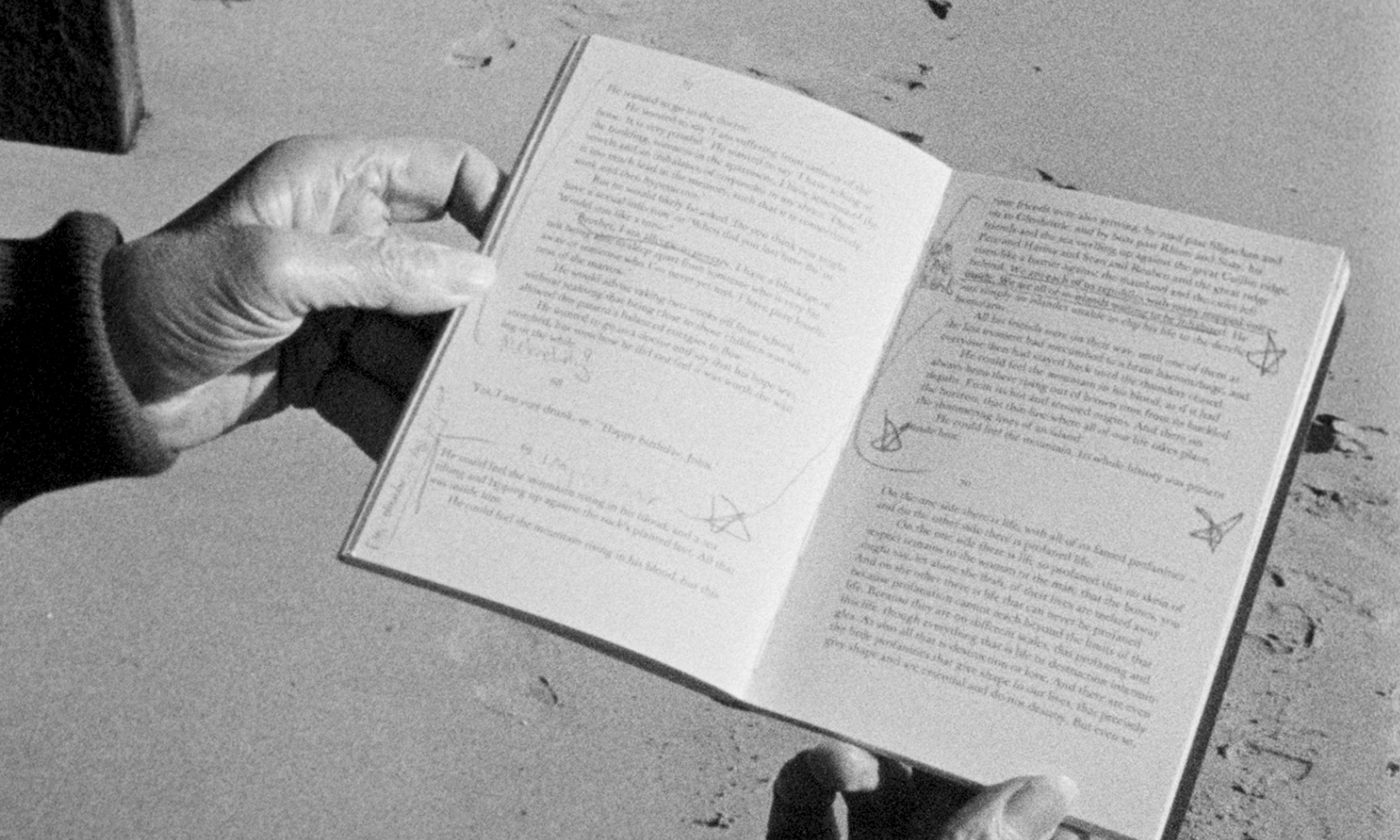 A charming and thoroughly British guided tour to peripheries of modern society with the poet Stephen Watts, in crackling black and white images.

For the English poet Stephen Watts, poetry comes from the outside. From the world, from nature, and not least from the periphery of an increasingly charted and mechanical reality. As a travelling observer, he is the ideal guide to overlooked areas, be it in the middle of the city or the three islands where Huw Wahl's free film adaptation of his text 'Republic of Dogs / Republic of Birds' unfolds, with Watts himself as a travel guide. In crackling and grainy analogue images filmed on black and white 16mm celluloid, we are at one with Watts's own poetic and political commitment. A gentle and unassuming, but forever-smouldering defence of the Others and the Other – both with a capital O. From the Isle of Dogs in East London to the islands of western Scotland and to northern Italy: the routes on the map are drawn according to Watts's own co-ordinates, in a film that comes at a time when the interest in and respect for nature is enjoying a revival in the arts.