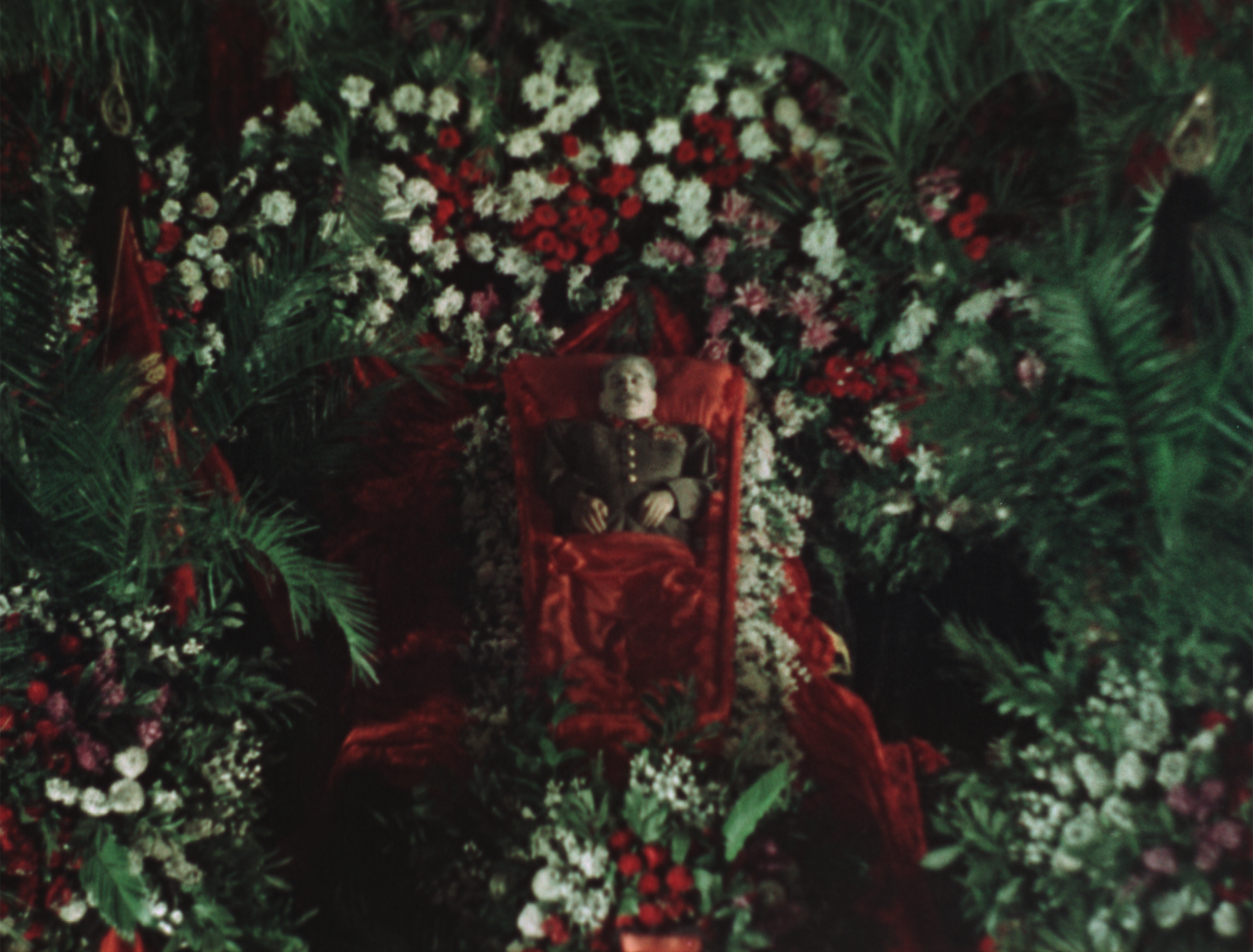 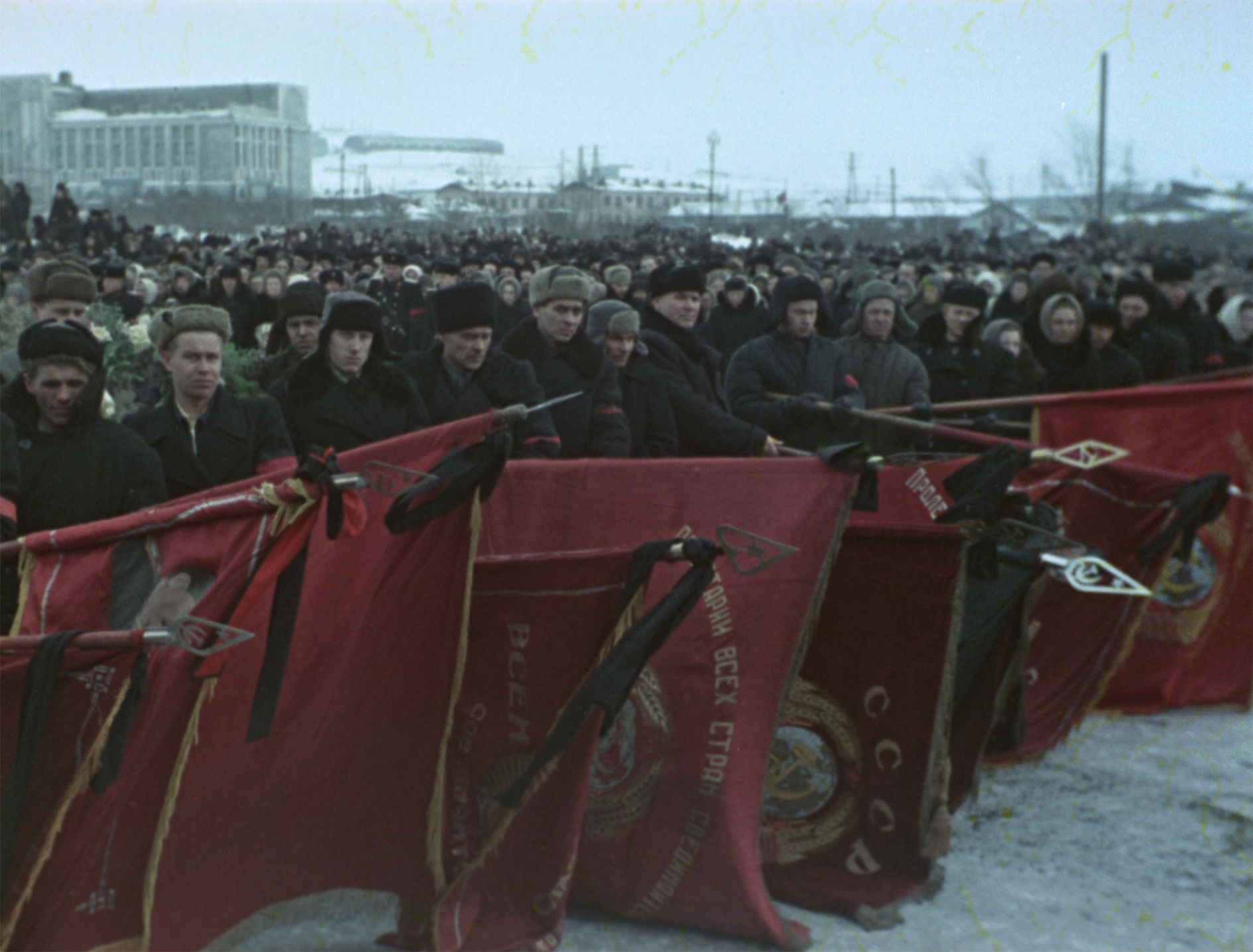 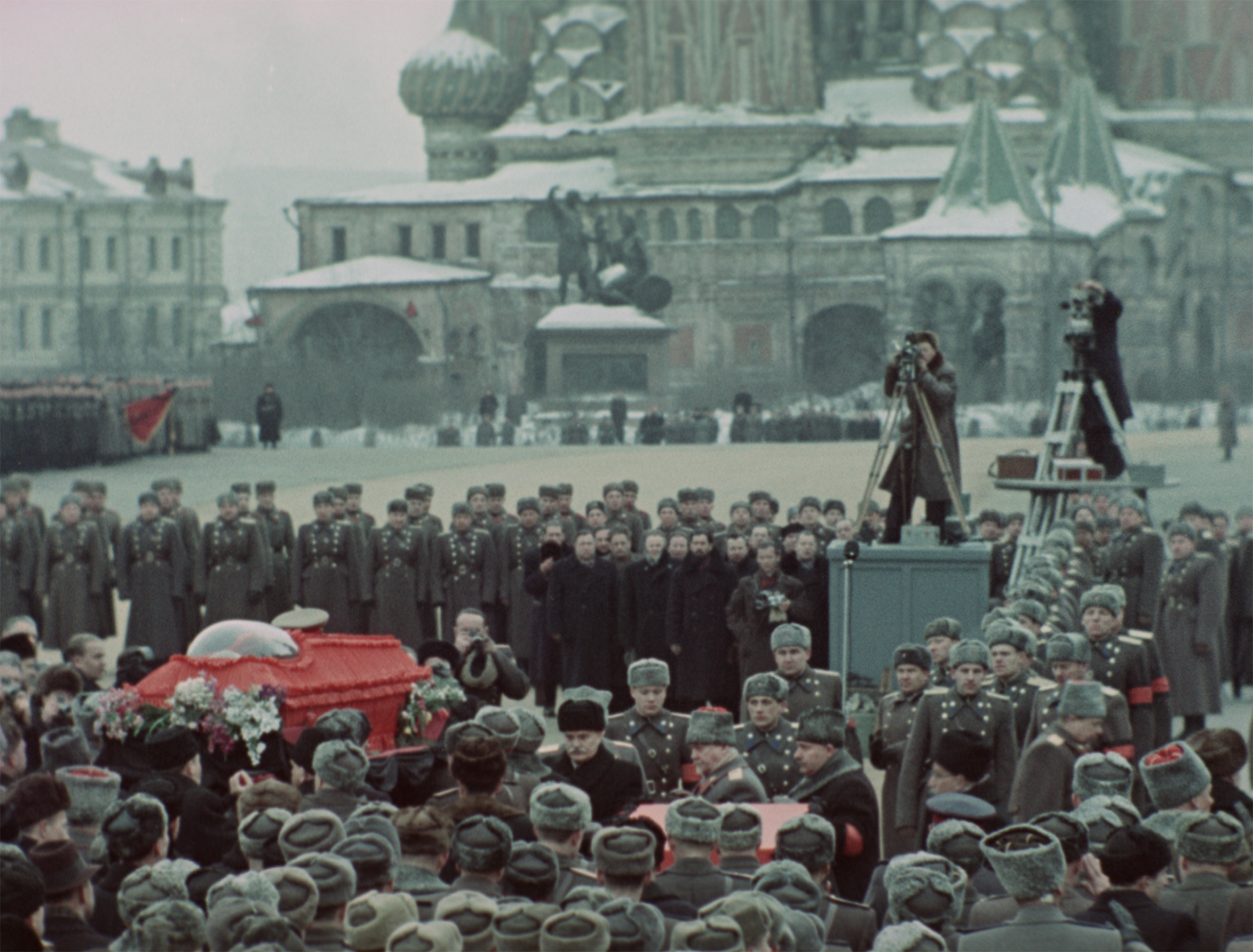 Stalin's burial reproduced in a staggeringly monumental film, which consists entirely of incredible footage from the days around his death.

Stalin is dead! Long live the state! The Soviet leader's demise and burial were documented in every detail by the Soviet regime, and now the dust has been blown off the film reels from 1953. 'State Funeral' consists solely of footage from the days around the leader's death, assembled to an indescribable montage of speeches, parades and endless crowds. Stalin was the very embodiment of the state, and his death was a performance with all the nation's citizens playing extras. The grief is real and the official pathos knows no limits, but seen from a historical distance, the irony in the restored, hyperrealistic images is grotesque. Not least because Sergei Loznitsa actually lets the images speak for themselves. Everything we see in the film is commissioned by the state. But can the self-staging of power bear the weight of its own vanity?