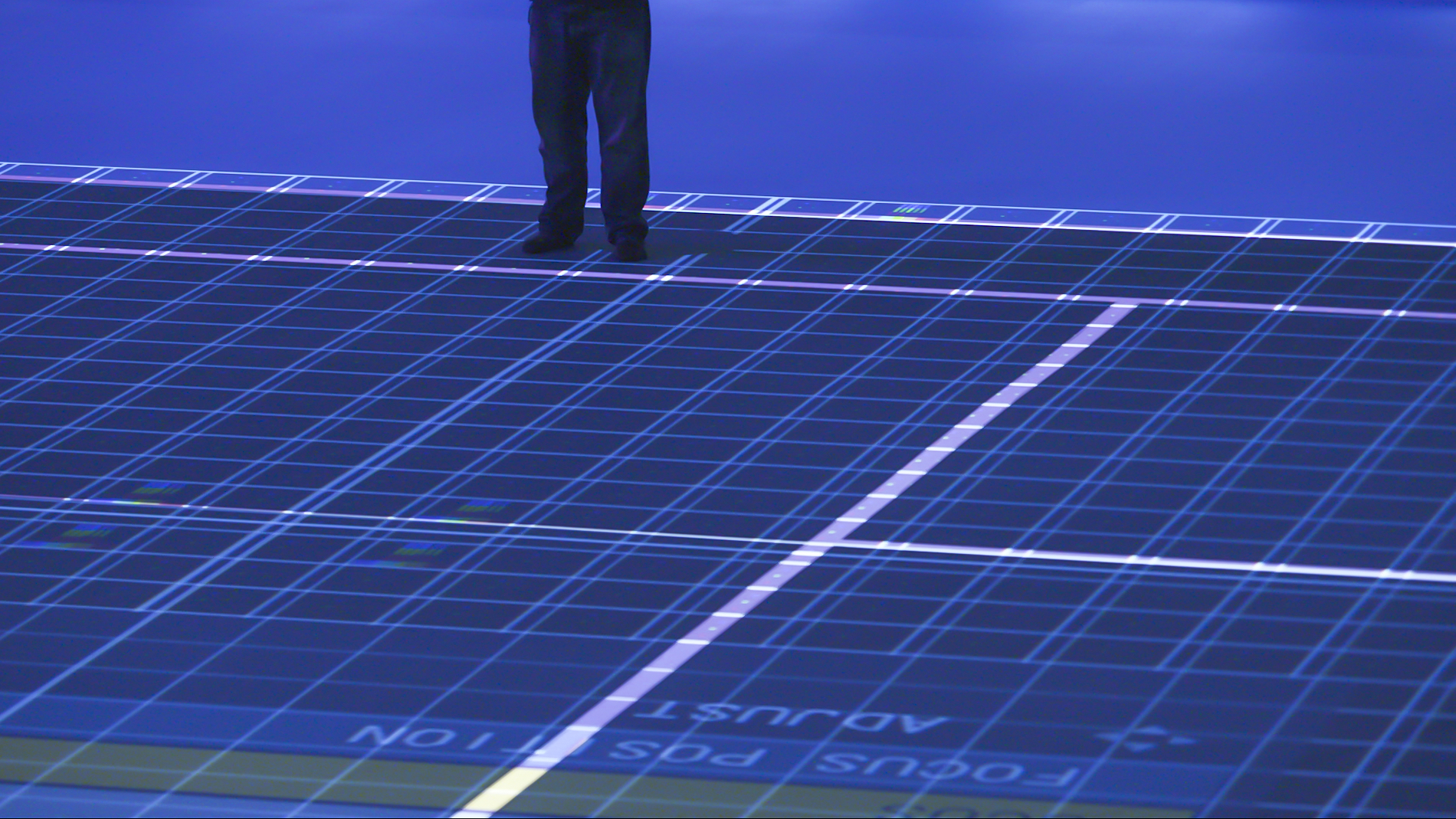 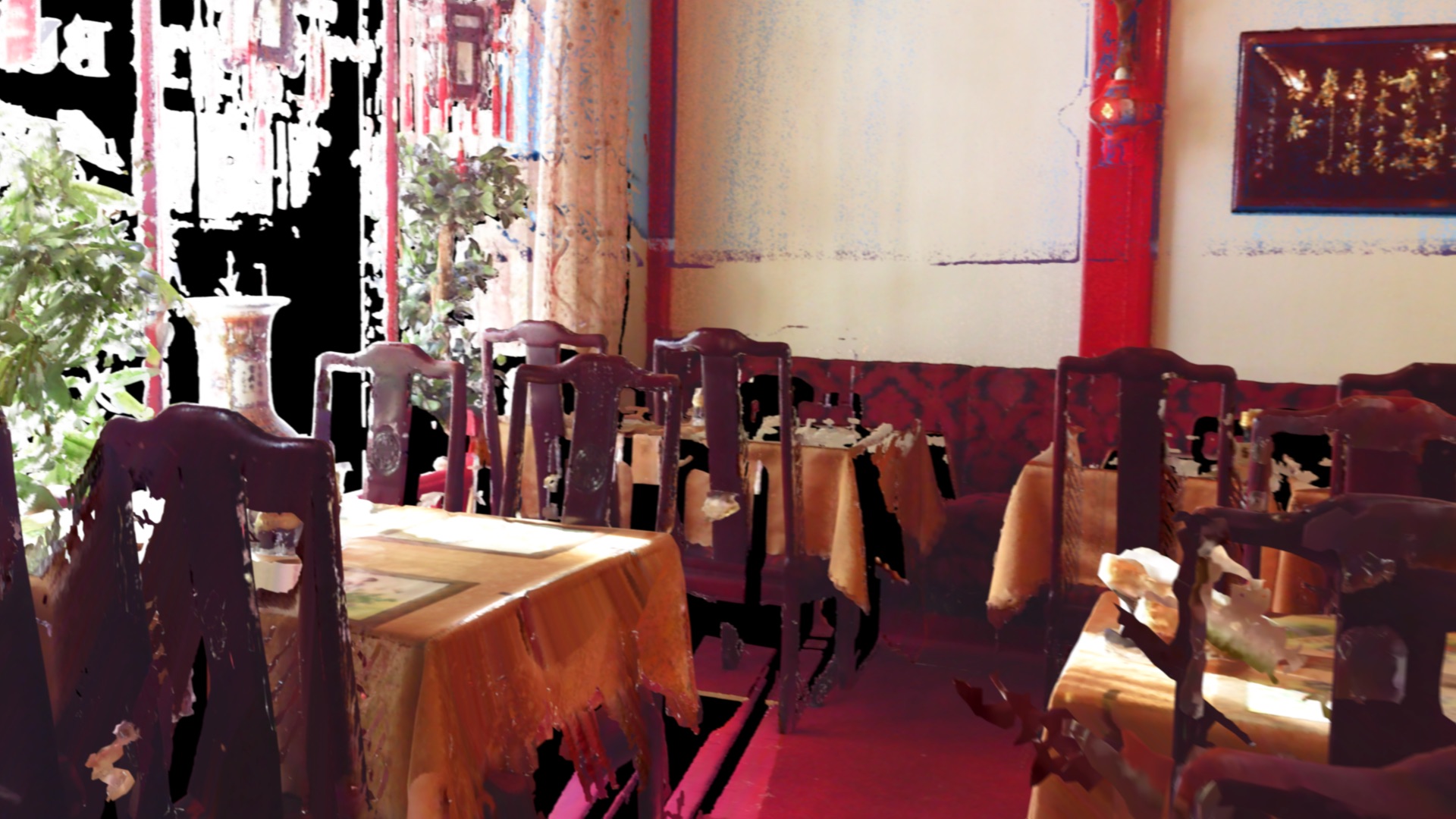 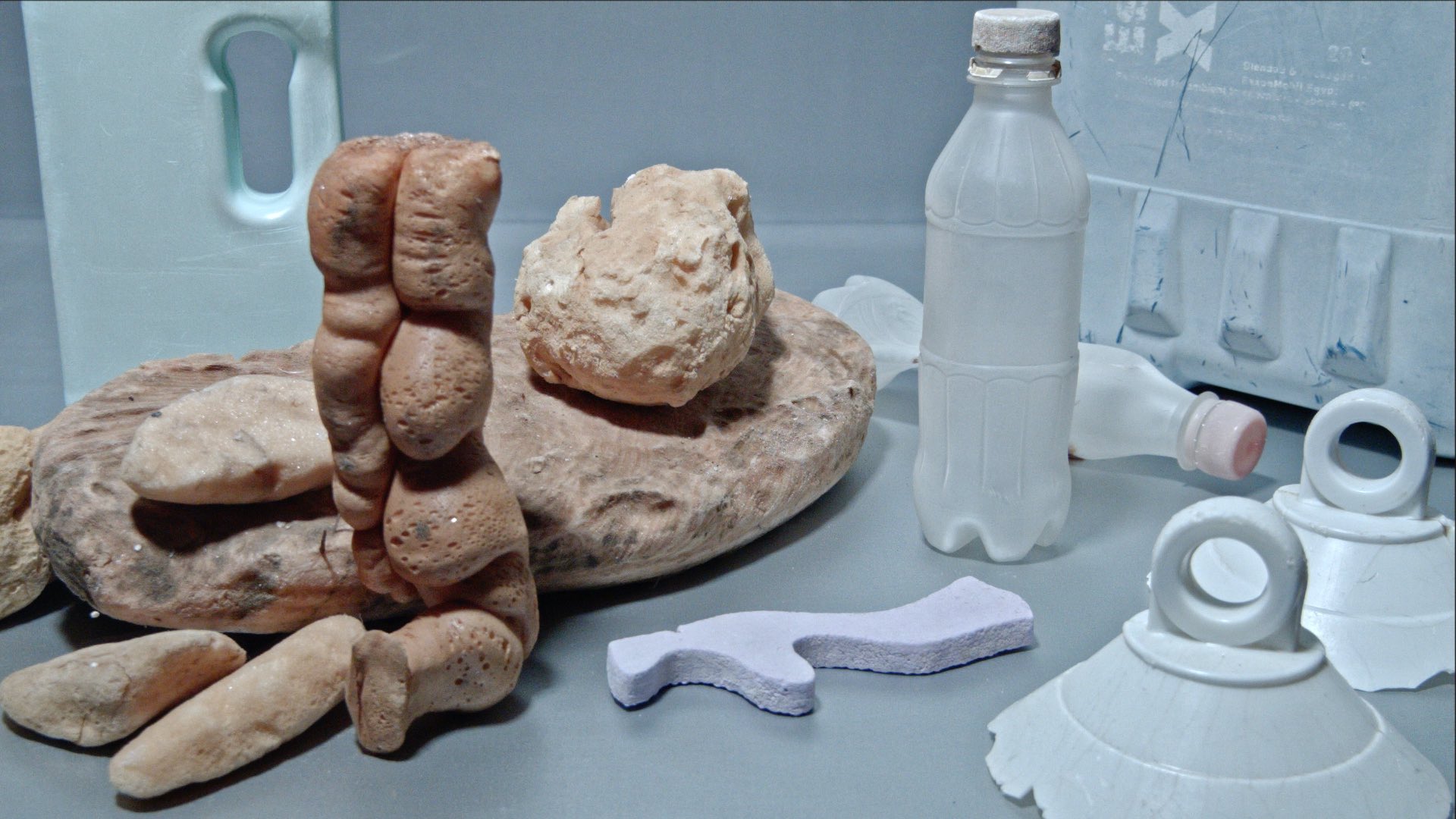 Three short works about technology, identity and the limits of our knowledge from three Chinese restaurants, ancient Cyprus and a modern tennis court.

Three virtual Chinese restaurants in Stockholm provide the setting for stories from three generations of owners and their families in the years between 1978 and 2058 in ‘Mother’s Tongue’ by Lap-See Lam and Wingyee Wu. Amalie Smith’s 3D work ‘Clay Theory’ is a meditation on life, clay and civilization that stretches from a long-distant past to possible futures and includes conversations with people such as Minik Rosing. And Theo Anthony’s ‘Subject to Review’ shines a new light on a series of basic philosophical questions with an almost militarily monitored tennis court as its territory and subject.

Three virtual Chinese restaurants in Stockholm provide the setting for stories from three generations of owners and their families in the years between 1978 and 2058. The cross-media work 'Mother's Tongue' is a collaboration between artist Lap-See Lam and filmmaker Wingyee Wu. The film version is created with a spatial scanner that has produced the three-dimensional architectural animations which a weightless camera floats around in, while we in three short episodes listen to the personal stories about language, identity and life as a Chinese person in Sweden. With their detailed scenography, the three restaurants become a theatrical space where the guests can satisfy their preconceived ideas of Chinese culture. But at the same time, they are also real work places, where the Chinese owners live their everyday lives in a new country. 'Mother's Tongue' was originally an app, a narrative tour guide that took the listener around Stockholm. In the film version, Wu and Lam introduce a fictional and speculative layer to their work, where the real and the possible move in the same ethereal and digital universe.

In a museum in Cyprus, ancient terracotta figures shaped like human beings bear witness to the ideas about the origin of life on earth that prevailed at the time. In severel ancient myths, clay contained the seed of life itself. In the future, the sculptures may be seen to herald a post-human condition where man-made life is a reality. Equipped with a home-made 3D camera, artist Amalie Smith has created a speculative multidisciplinary study of origin myths and the precursors of artificial life. Stretched out on an axis between a long-gone past and a possible future, she lets the ideas that are embedded in the clay come to expression on the screen in their rightful three-dimensional form. As conversation partners on the soundtrack, geologist Minik Rosing, archaeologist Jeannette Varberg and art historian Jacob Wamberg all draw on their specialised fields to fill in the blanks in our knowledge. An accompaniment of Beethoven's compositions performed on clay flutes is complemented by new music by Simon Brinck, created partly through artificial intelligence.

With a tennis court as an almost militarised territory, Theo Anthony creates a contemporary essay about surveillance, observation and knowledge and its limits. Ever since Eadweard Muybridge's experiments in capturing horses in motion in the 1870s, the camera has exceeded the human eye's ability to register reality and turn its chaos into data. Today, the world of tennis uses the Hawk-Eye technology which once and for all determines whether the ball is in or out. Hawk-Eye instantly reproduces the trajectory of a tennis ball in a visual simulation. In a possible future, it is no longer the judge but technology that determines the rulings. Even the spectators of the matches seem to have more faith in their mobile phone than in their own eyes, as they record everything. But technology is neither flawless nor perfect. 'Subject to Review' presents a number of basic philosophical issues from a new perspective - and in crystal clear HD - with the tennis court as the arena for the invasion of technology and artificial intelligence.