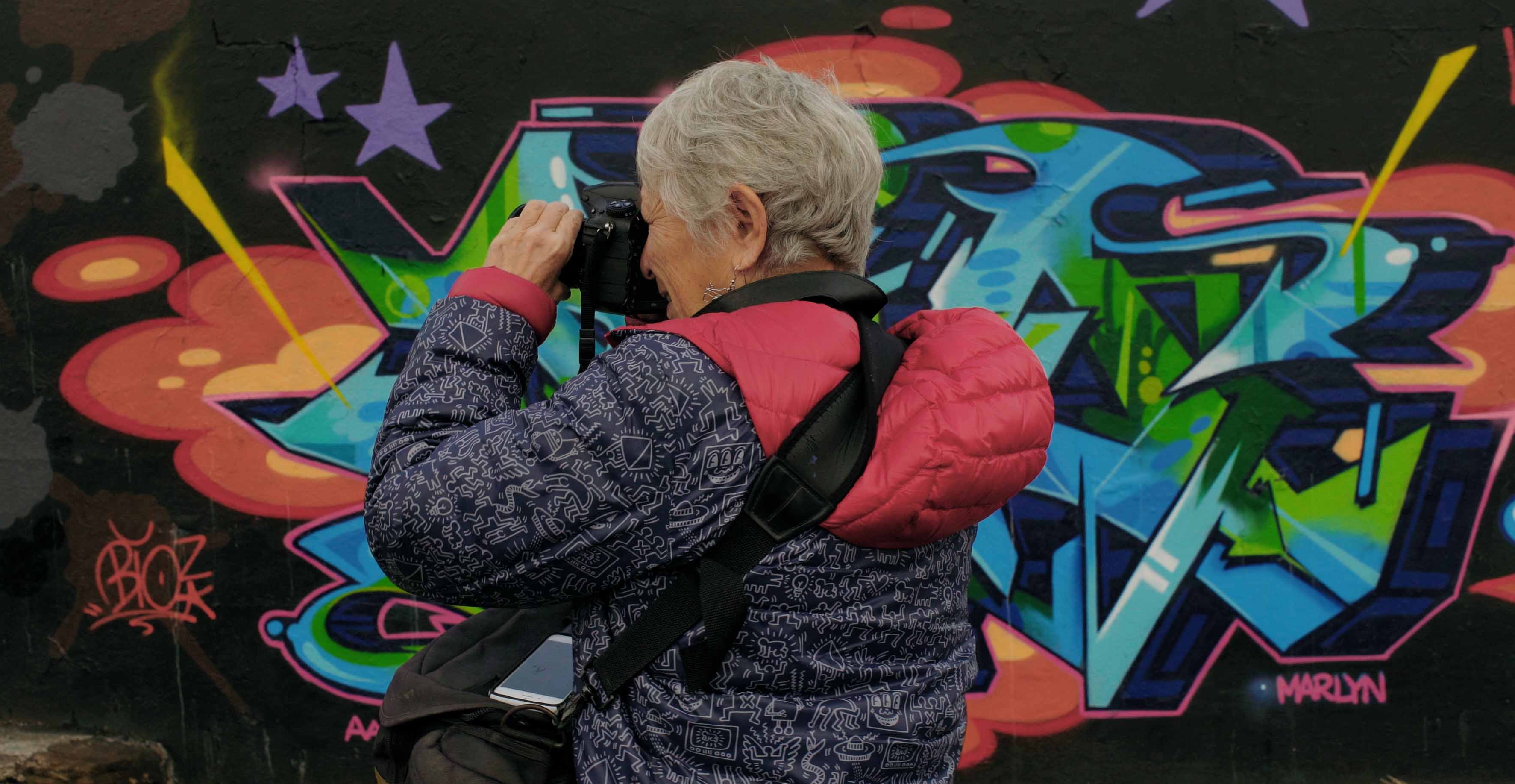 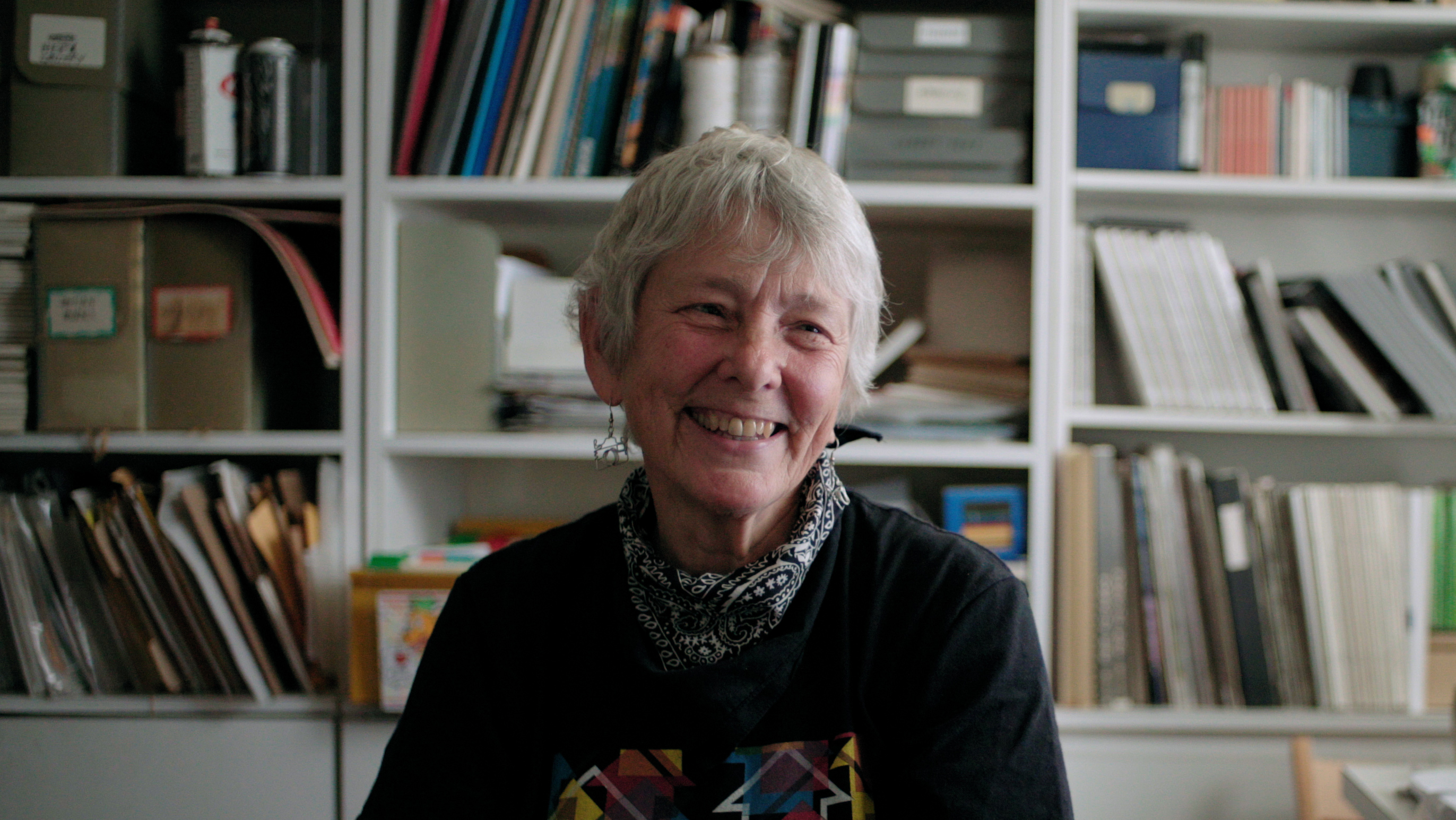 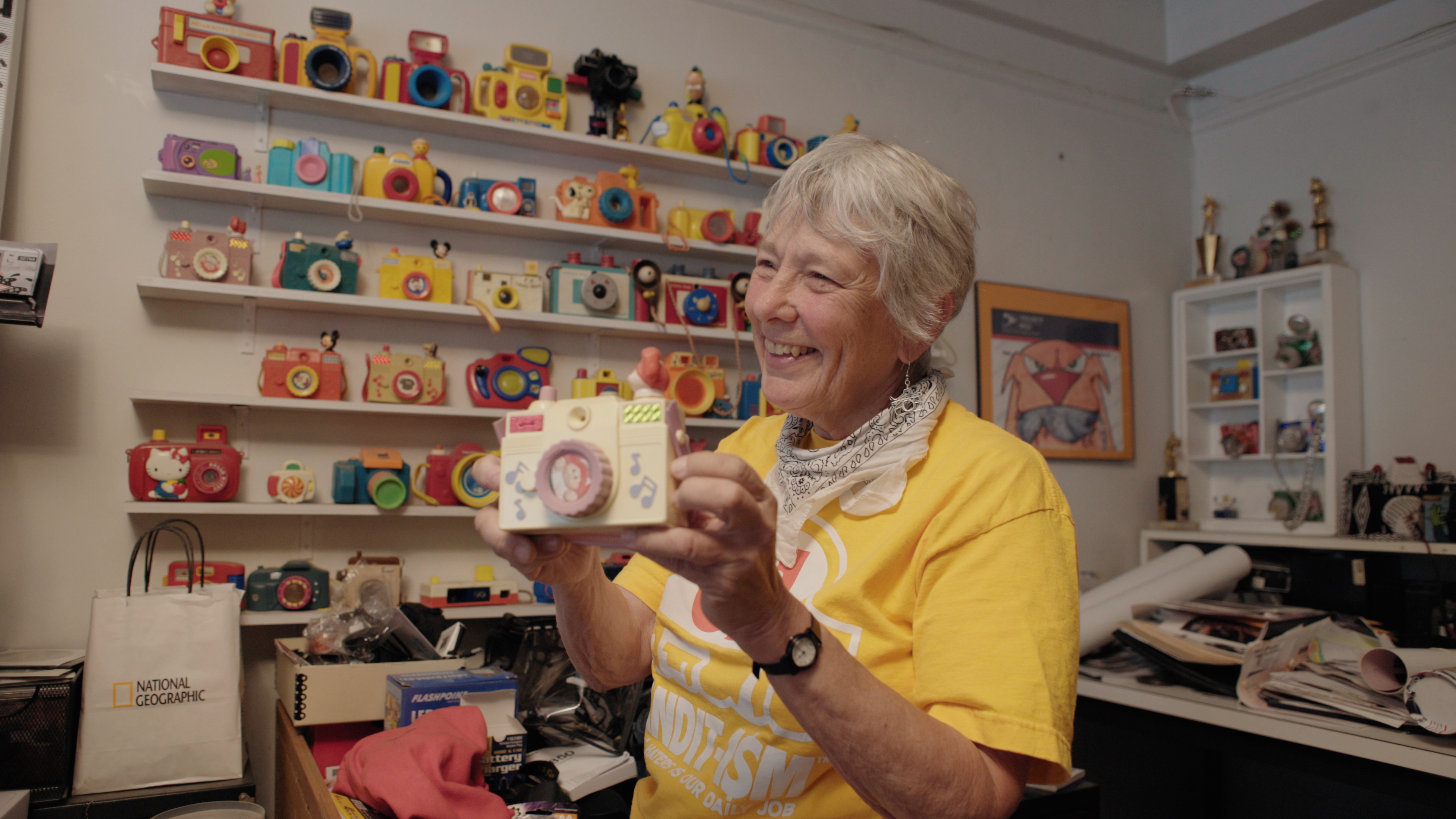 The street art legend Martha Cooper is 75 years old, but still hangs out with New York's young artists when they are out painting the town red.

Martha Cooper is an icon of street art. She is also a small, grey-haired woman who at the age of 75 still sneaks out with masked graffiti artists to photograph and perpetuate their works. In 1970s New York, she was one of the first people to document the graffiti of the city's trains, which she published in the book 'Subway Art'. But the publication's commercial failure forced her to turn her back on graffiti. 20 years later, Martha had become a legend in the street art scene and her book, which inspired an entire generation of young people, now ranks among the best-selling – and most stolen! – art books in history.

Virtual Cinema – Shift72Billetter
On Tuesday, March 26 we discuss the culture of graffiti before and now and the crucial influence the photographer Martha Cooper had on the graffiti culture. Meet Musician Rasmus Poulsen (Raske Penge), Lars Pedersen (Institute of Urban Art) and DJ Katrine Ring. Moderator: Music journalist Nanna Balslev. Watch the live debate online March 26, 20:00 pm or play it when you watch ‘Martha: A Picture Story’ later on during the festival. Find all links at cphdox.dk.
Udsolgt
Watch film
Ticketsale has not yet begun