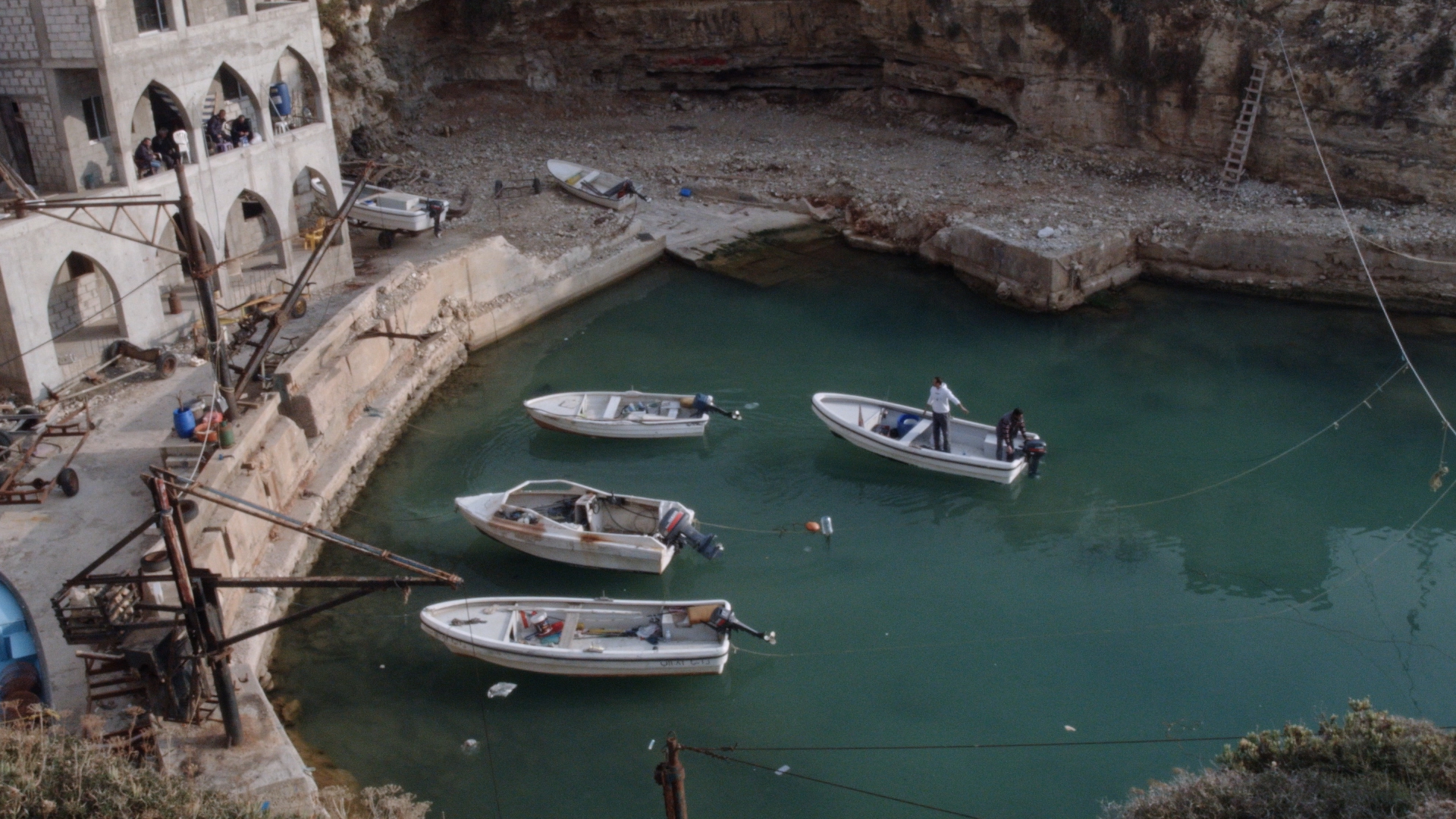 Her search for a missing friend leads a woman to the traces of her own past in a poetic essay film from Lebanon and Iceland.

A woman arrives in Lebanon to look for a missing man, whom she met in Iceland many years ago. Here, the buildings and landscapes still bear the traces of past conflicts, and the missing friend’s absence is haunting the deserted and labyrinthine streets of Beirut. The siren song of the sea draws her to the south, where myths and culture inhabit parallel spaces. Shown with the Greek short film ‘Dear Joel’ (19 min.) about two brothers, who were separated in the journey from Africa to Europe.

A woman arrives in Lebanon in search of a missing man, whom she met in Iceland a few years ago. Here, the buildings and landscapes still bear the traces of past conflicts, and the missing friend's absence is haunting the deserted and labyrinthine streets of Beirut. The siren song of the sea draws her to the south, towards Earth's mystical centre. Mira Adoumier's 'Errans' is an aural and visual essay which evokes the alienating sense of exile that the filmmaker herself grew up with. A beautiful and levitating visual work from a place and a state of mind where myths and cultures occupy parallel spaces. With Iceland's rugged landscapes and Beirut's urban topography as the two coordinates that her film is stretched out between, Adoumier's background as an artist is evident in her first longer film work. But there is also an elliptical narrative embedded in the impressionistic form of 'Errans'.

Two African brothers have been separated during their escape to Europe. Joel is stranded in Greece, and his older brother is in Italy. We learn what we know about them from the older brother's voicemail messages, which occasionally make themselves known during the stream of images, with both good and bad news, as Joel wanders around aimlessly in the new and unfamiliar world. The longing and the distance evoke a haunted atmosphere in the Greek director Thanasis Trouboukis' cinematic and sensitive film about a small family of two, separated by national borders and connected by sim-cards. In the bay, a wrecked container ship lies on its side, like an eerie modern parallel to the ruins of the Athenian temple, which still looms above the city from a hilltop. Like Joel's brother reminds him in one of his messages, their mother had always said that a stranded ship means bad luck. Here, in the cradle of Western civilisation, a young man still lives in a limbo, while he waits for a way out and a new beginning.