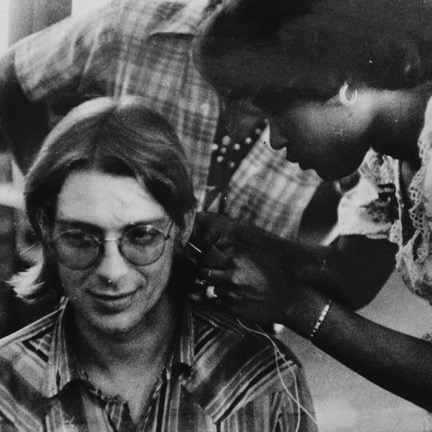 The Black Panther party's own rehab programme has connections going from 1970s New York – via racism, radical politics and an unsolved bank robbery – right up to the present day.

In the 1970s, the number of heroin addicts exploded in New York. The Black Panther party saw the epidemic as a form of chemical warfare against the poor and people of colour. So what do you do? With the charismatic Dr. Mutulu Shakur (Tupac's stepfather) at the head, a core of activists from the Black Panthers and the Puerto Rican Young Lords occupied an entire hospital in Harlem and gave thousands of people free treatment in the form of acupuncture instead of methadone. Their success was a thorn in the side of Nixon. Mia Donovan weaves fantastic archive footage together with today's continually inflamed disparity between race and drug abuse in the United States, and 'Dope is Death' tells a highly up-to-date story about racism, guerilla politics, civil disobedience and an unresolved bank robbery, which may have been a cover-up. The fact that the story is new to most of us is an important part of it. The lines can be drawn all the way down to today, as we begin to realise why we have never heard about it before.