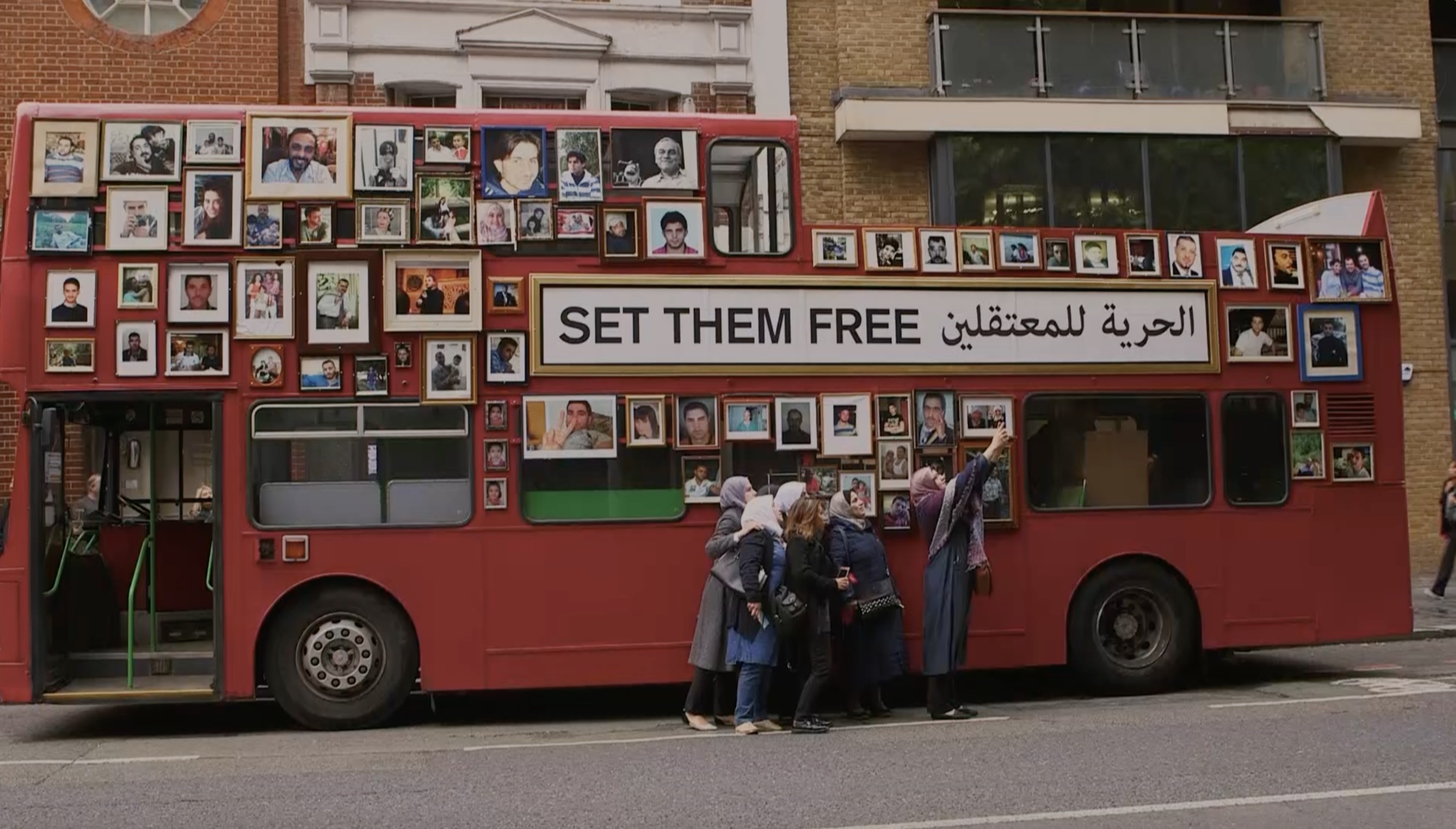 The families of two missing civilian activists in Syria speak out in a film, which uses words to give the invisible victims of the war a face.

Since the war broke out in Syria  in March 2011, more than 100,000 people have disappeared – most of them victims of the regime's systematic kidnappings. With 'Ayouni', the BAFTA-nominee Yasmin Fedda tries to give a face to the staggering statistic. Through intimate and poetic accounts by those left behind, we hear about the fates of two of the forcibly disappeared people. The critical voices of the Catholic priest and human rights activist Paolo Dall'Oglio and the internet activist Bassel Safadi have both been silenced. Their friends and families have no knowledge about the future of their missing loved ones, or any guarantee of ever being able to see them again. Fedda has followed the affected families for six years, as they have stubbornly struggled to get some answers. And to make the world aware of an oppressive and violent dictatorship, where even peaceful civilians are coerced to remain silent. 'Ayouni' is an irrefutable proof of the Syrian regime's crimes, which at the same time gives those who have disappeared a loud and much needed voice.