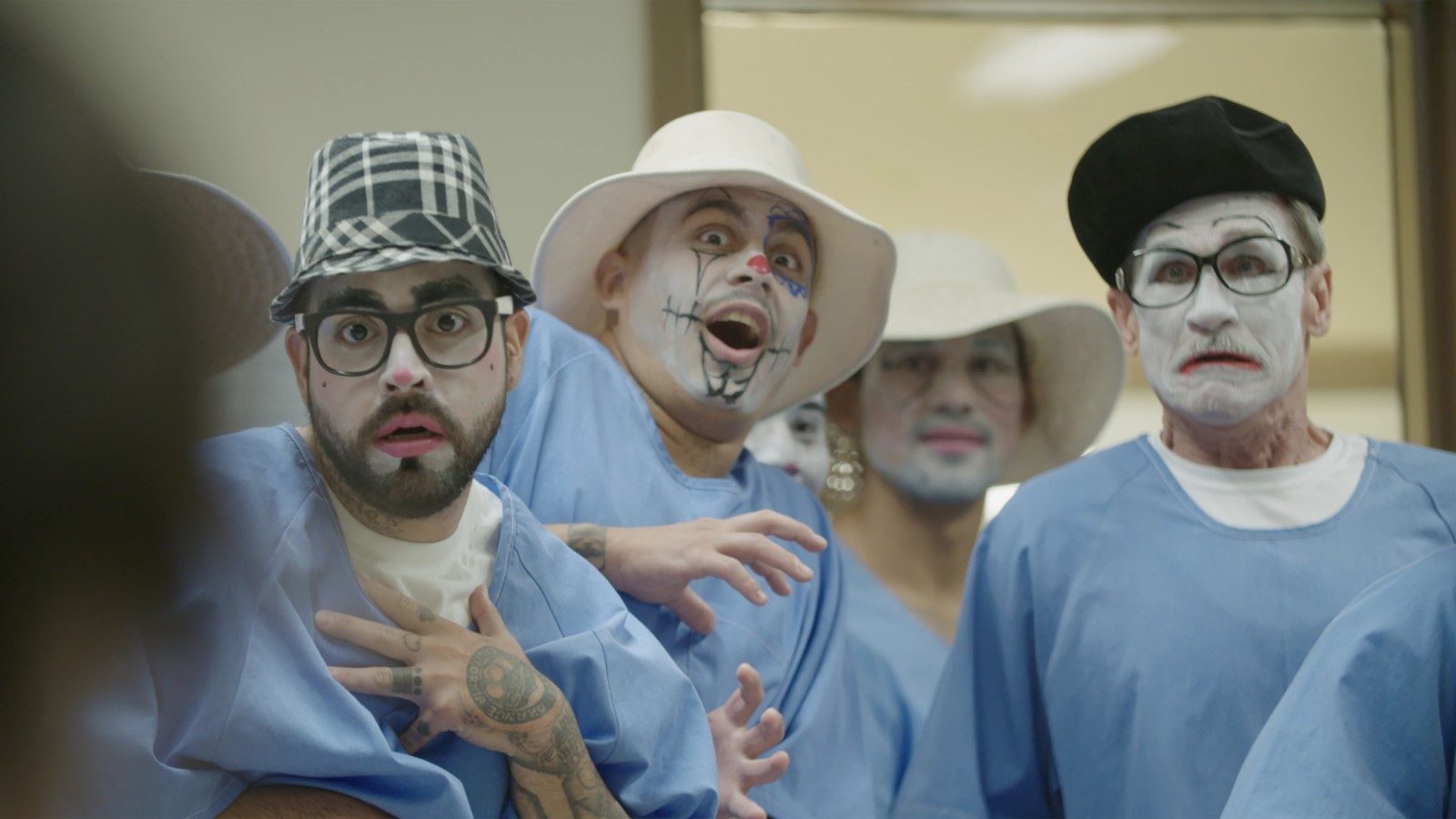 With the actor Tim Robbins as director, hardcore criminals find new faith in themselves and each other in a film about theatre as therapy.

Best known for his role as Andy Dufresne, who in the film 'The Shawshank Redemption' (1994) helped his fellow prisoners regain hope of a life on the other side of the prison bars, the actor and director Tim Robbins moves into a closed prison with The Actors Gang in order to make theatre. The actors are inmates who do not usually mix across ethnicities and gang relations, but who nonetheless fearlessly throw themselves into trust exercises and commedia dell'arte. '45 Seconds of Laughter' is a powerful defence of the enormous potential for change, which can be found in joint theatre exercises and 45-second laughter sessions.