In times when human activity is destroying habitats because of the irresponsible use of natural resources, biodiversity and environments are being killed shamelessly for lack of apparent value. Symbiotica highlights the importance of the interactions that all organisms play in the balance of the ecosystems and the perpetuation of life, demonstrating that every act has an innumerable chain of consequences in ourselves, and in the others that surround us.

Embodying different organisms and interacting as they do, has the potential to deepen our understanding in the interspecies symbiosis that encourages ecological succession and bioremediation, in the wake of becoming more sustainable and respectful inhabitants of the planet.

Symbiotica starts with up to five users entering the VR installation. Each participant will choose to play as a different organism from the Monera, Protist, Fungi, Animalia or Plantae Kingdom to strategically restore a variety of habitats destroyed by human-induced catastrophes. They will put on 6DoF VR Headsets that let them move around the installation area, and will be able to interact using the VR controllers.

Once the experience begins, they will see their body as the organism they chose as well as other players´avatars. An animated introduction starts and tells the story of the disaster which they have to restore. With the help of UI (or a guiding voice) they are going to be told which their tasks are.

The different organisms are able to see and catch different elements, and perform varied exercises: for example, trees will have to catch the sunlight and CO2 from the surface, fungi will have to catch water in the underground and collaborate with algae to degrade hard rocks. In this sense, every species has its own responsibility to carry out what they are bound to do. A UI (or a guiding voice) will let them know what each other needs and lacks.

Each collaboration will be a small interaction game, like doing a short choreography at the same pace, or going from point A to B to C to D in order to survive and thrive. By working collaboratively, users will see the changes in their surroundings, leading to the maximum symbiosis and restoration of the habitat.

Natalia Cabrera is a media artist and interactive storyteller. Her work expands from documentary filmmaking, interactive installations, virtual reality and AR apps. Natalia has presented her work in museums and galleries in Santiago, Berlin and New York, and has been selected to film festivals worldwide. Recently, she directed Hypha, a virtual reality experience about the fungi kingdom, which premiered at Sundance New Frontier 2020. 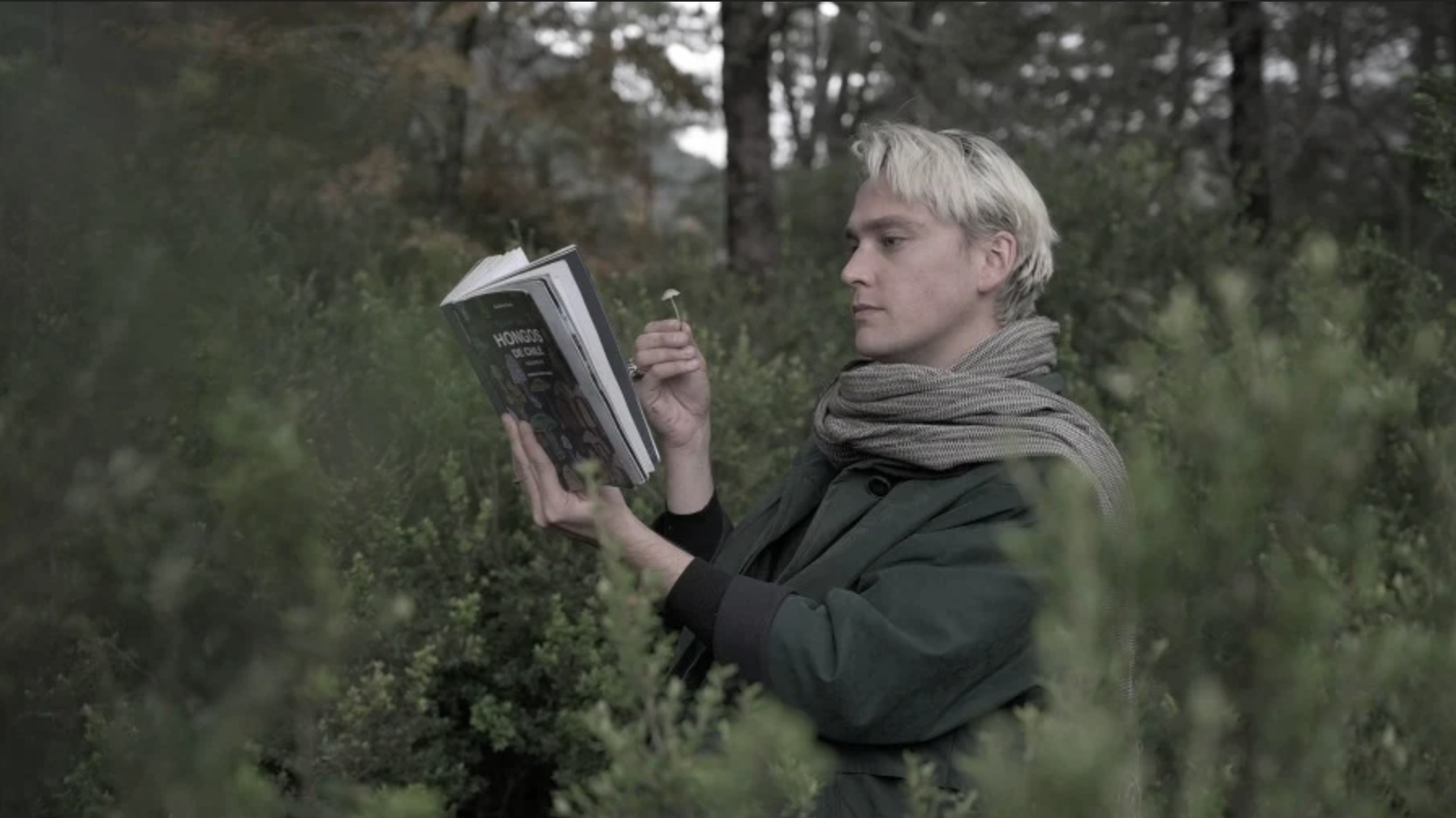 Juan Ferrer is a Santiago-based designer. Since 2016 he has been directing and curating Museo del Hongo (Fungus Museum), in which his thrill for science and passion for art converge. Through his work, he defies disciplinary boundaries by proposing artistic concepts in science engagement through immersive and interactive experiences. Recently, he co-wrote Hypha, a virtual reality experience which premiered at Sundance New Frontier 2020.

Sebastián González Vildoso, is an Executive Producer, Art Manager and LGBTQ activist. He is Founder and Executive Producer of MALTRATO Films, a production company focused on the production of collaborative audiovisual pieces, crafted by a sorority of artists and technicians. Now working on our new feature films, and distributing the interactive and immersive piece Hypha, a VR installation created by the international alliance between scientists, artists and technicians.