HUSH is a 10 min. sensory VR-installation that lets you be the subject of a myth. You will experience a call from the sea, that invites you to let go of the physical world. The real world will literally wash away, submerging you in a mysterious, yet comforting world under water. A world that seduces you with the promise of an eternal home in the abyss.

The piece serves as both a stand-alone VR experience and a companion piece to the documentary/hybrid film “Thyland” also directed by Vibeke Bryld, and supported by New Danish Screen at the Danish Film Institute. Both the film and the VR experience are born out of the harsh seas and plains of Thy, a rural region in northern Denmark, where superstition abounds and the powers of nature rule supreme. The visual world of HUSH will be a combination of 360 footage and CGI, created by artist and animator Lars Hemmingsen Nørgaard and production designer Elin Maria Johansson, in collaboration with Khora VR.

With HUSH we will beckon you into a world where everything is intricately woven together, relieving you of the responsibility to keep making sense of the world around you. Here you can, for a moment, allow yourself to simply be. HUSH invites you to be soothed, inspirited and seduced by a mythological land. 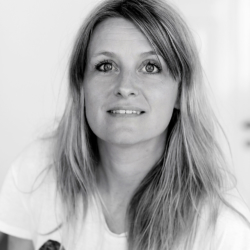 Vibeke Bryld is a Danish filmmaker and writer. She has directed short documentaries for Al Jazeera, DR2, and TV2. She also directed a series of experimental documentaries supported by the Danish Film Institute and the Goethe Institute.Besides directing documentaries, she was the Editor in Chief of DOX, the European Documentary Magazine until September 2014.Her documentary Pebbles at Your Door toured the world after its premiere at Berlinale 2015. Bedtime Stories from the Axis of Evil (2011) was nominated for best documentary short by the Danish Film Academy.