This project focuses on the Druzhba pipeline system, also referred to as the ‘Friendship Pipeline’ – the world’s longest oil pipeline, stretching 4,000 km across Russia.

The Druzhba is the vehicle in which Russia exercises its control and influence over the majority of the continent, and also serves as a map of the changing relationships in the region.

With energy being an ever-increasing concern and post-soviet relationships breaking down, I chose Druzhba as a nucleus to explore the shifting dynamics which exist within this complex space. This project will create a reflective map, building a visual of this powerful, yet invisible, structure.

The project is explored in two parts: Large format photography of key hubs along the route of the pipeline, focusing on community outlets that have direct links to the pipeline, and an interactive AR installation, engaging visitors in a hands-on exploration of the power hierarchies underground through the use of a responsive camera and projector.

Creative director Frederick Paxton is an Emmy-nominated filmmaker, photographer and visual artist based in London and will work alongside creative technologist Philo van Kemenade, a designer and educator based in Amsterdam, to create the project. 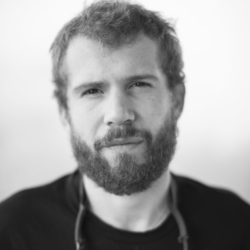 Frederick Paxton is an Emmy-nominated filmmaker, photographer and artist currently based in London. After graduating with honours from New York’s School of Visual Arts, he quickly established himself and captured a broad body of work. Whether in conflict zones like Iraq, Syria, Ukraine and the Central African Republic or North Korea, Russia and Europe’s periphery, there is a consistent arc of Paxton’s work: capturing the intersections and boundaries that help reveal so much about humanity His latest film HARMONY was shown in competition at CPH:DOX and Sheffield Doc Fest. Awards and nominations include Broadcast Digital Awards, British Journalism Awards, Emmy Video Journalism (nominated), One World Media Awards (nominated), The Grierson Awards (nominated) and Vice photos of the year. 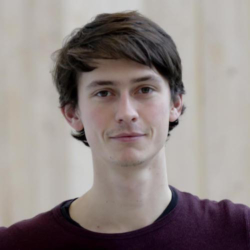 Philo van Kemenade is a designer, technologist and educator based in Amsterdam. He splits his time between the R&D lab of the Slovak National Gallery and the design studio Unfold Collective where he helps cultural organisations and brands tell stories in experiential ways. Philo also curates Sensorium Festival in Bratislava, bridging the fields of computational art, design and performance.