Climate Symphony is a live music and visual performance that creates an emotional journey through the most beautiful tragedy of human existence. This is the sound of a dying planet and our transient position in it. The situation has never been more critical. In 2016, we passed the point of no return. It is already too late.

Sound has a physiological and psychological effect on us – we instinctively feel calm when hearing birdsong and discomfort at the sound of nails on a blackboard. Sound is often taken for granted yet it developed to trigger deeply-held emotions.

Our 20 minute symphony invites us to feel the story of our dying planet through sound. Performed in a circular or domed site, the audience is immersed in sound drawn from climate data and field recordings, telling the story of our planet from 9000BC to the present day in four movements: reflection, optimism, instability and intensity. As we listen, moving images of our natural and unnatural world project 360 degrees inside the site, creating a juxtaposition and interplay with the music to reveal what we’re hearing: the temperature of land and sea, population booms, industry, energy, war, plastic and technology through to extreme weather and natural disaster.

At the climax of the piece, we fall into silence, This is now – the golden hour of climate change before irreversible events change the planet forever. The clock is ticking. 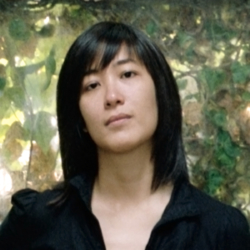 Leah Borromeo is a journalist and filmmaker at the crossroads of art and journalism. A former international news editor described as “redolent with mischief”, much of her work involves public and private space, social architectures, the environment and language.

As a co-founder of Disobedient, the projects she works on are journalistic in purpose and creative in process. In addition to developing broadcast ideas for multiple platforms, she leads on the creation and development of CLIMATE SYMPHONY – a data sonification project that takes narratives from climate change data and tells the story of our warming planet through sound. It aims to see if sound can be used as journalism. 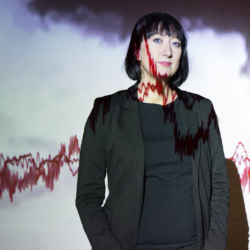 Katharine Round is a filmmaker with over twenty years experience in creative documentary for broadcast & cinema. She is a co-founder at Disobedient, working on films and interdisciplinary projects for a range of broadcasters and partners including the V&A, the BBC, Netflix, Al Jazeera & the Guardian, alongside installations and events supported by Arts Council England and Forma Arts. Her films often explore big societal themes but are characterised by intimacy, warmth, humour and insight into the human condition. 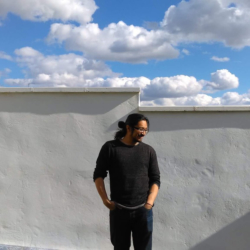 Jamie Perera is a composer who uses relevant sound in meaningful ways. Examples of this include making music from mathematical proofs with Marcus Du Sautoy, generating a sonic “elephant in the room” to highlight data privacy issues, sonifying climate change for the Serpentine and creating a soundtrack out of guns for Amnesty. His passion is in challenging the conventions between music and sound, and investigating ideas and issues with a variety of collaborators.